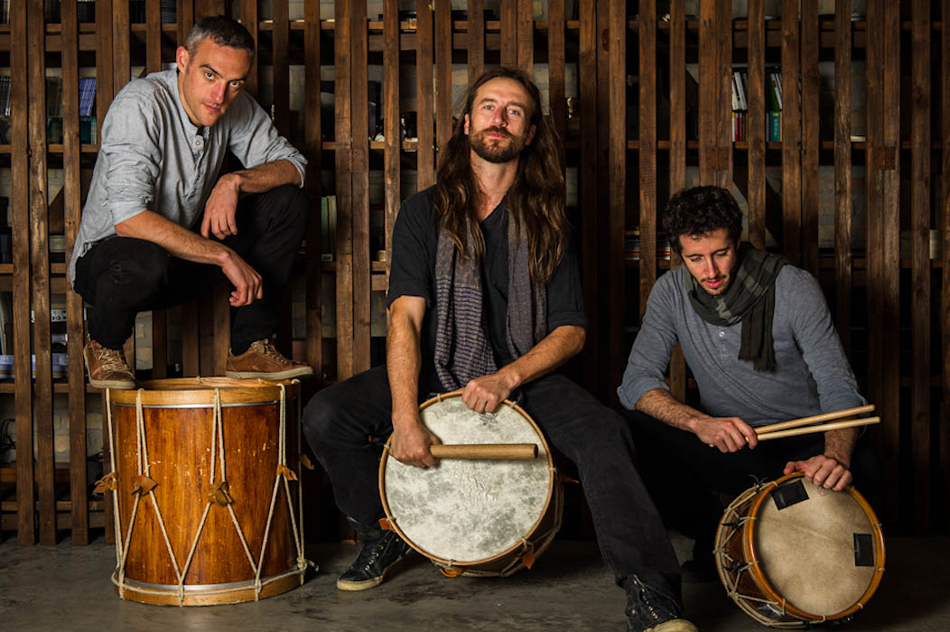 Back from their one year tour with Madonna, the Basque trio Kalakan chose the KML Studio to record their next album.
They will be in Paris in February to mix their songs at Studio K.
They’re working with producer/engineer David Chalmin who produced their debut album in 2011.
They say the studio fitted really well their needs of a large room with a natural acoustic which made the sound of their percussions and voices very alive from the first take.
They also particularly enjoyed the studio surroundings and the Roman cuisine!